The Boulangerie, a French Exception 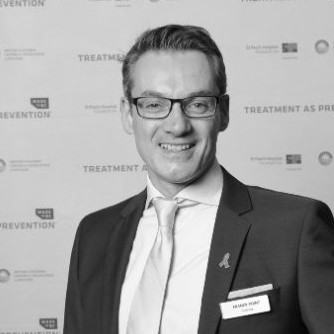 ‍What is a "boulangerie"?

Boulangeries are not just places where people buy their bread. In France, boulangeries are an institution, just like cafés, bistros or champagne! They are part of what constitutes French DNA. France holds more than 30,000 boulangeries on its territory. One can find a boulangerie at pretty much every street block, corner, in every part of a city, town or even village. What is precisely this french sounding word that is "boulangerie"?

A "boulangerie" is the French word for French bakeries. They are the businesses selling bread to french people and pastries and "viennoiserie." The French Law makes a difference between a French bakery (Boulangerie) and a pastry shop. According to the law, bakeries must make bread on-premises to carry the title of "boulangerie." Boulangeries can sell pastries, but their primary trade must remain traditional French bread.

Why are boulangeries so popular in France?

Boulangeries are at the forefront of what makes French culture. The latter stands for a significant part of what we called the "Art de Vivre," which translates literally to the "art of living." The Art de Vivre emphasizes enjoying the simple things of life, from museums, dining out to simply sharing a glass of wine with friends and family. It highlights that life's happiness is to be found in the little things rather than the grand.

Boulangeries fit perfectly well in one of the significant components of the "Art de Vivre," which is the French Table's pleasure. French people are the ones spending the most time eating and drinking in the entire world. On average, French people spend 2 hours and 13 minutes a day eating and drinking. Besides, eating bread, pastries, and viennoiseries are at the center of a traditional French table. There is always a loaf of bread, baguette or some other bread on any French tables. It goes with the saucy Boeuf Bourgignon. It couples with cheese and the breakfast butter and jam toasts. In other words, boulangeries are essential elements of French culture and habits.

What can one find in a boulangerie?

There are three mains categories of products that one can find in a traditional French boulangerie:

The star of the French boulangeries is the bread. Whether it is a baguette, or a pain de Campagne, a ficelle or a pain complet, one can find precisely the proper bread matching its needs.

It refers to breakfast pastries made in the style of Vienna, Austria. While they did not originate in France, viennoiseries influenced French pastry making when August Zang, an Austrian military official, opened a bakery Boulangerie Viennoise in Paris. Viennoiserie is the "bridge" between pâtisserie and French bread. These products are typically made with white flour and active yeast, which cause the dough to rise quickly and achieve the perfect flakiness. Some are also made using an enriched puff pastry. Viennoiseries are often the best friend to a French breakfast or a little 4'o o'clock snack for kids when coming home from school.

The most famous viennoiseries include:

Baguette the ultimate star of the Boulangerie

Baguettes are genuinely the ultimate stars of the Boulangerie. Every day in France, more than 30,000,000 baguettes are sold and eaten. They are the quintessence of French food and what the Boulangerie brings to the French tables.
Baguettes are not only that stick-shaped loaf of bread. They follow stringent rules.

In the French culture, strict and precise guidelines have been put in place to regulate the production of the emblem of French boulangeries: the baguettes. A standard baguette must be:

– Besides, the composition of the dough is also regulated by legal decree. Essentially, the baguette dough is made up of wheat flour, water, yeast, and salt—nothing more, nothing less.

Do French people buy bread outside of boulangerie?

Yes, over the past 30 years, the actors of bread production have greatly diversified, and boulangeries are not the only ones on the market. Supermarkets and grocery stores have started to sell all kinds of bread, viennoiseries and often pastries. French households tend to buy their bread while doing their grocery shopping to save energy and time. The issue is that this bread does not respect the same standard as boulangeries do and therefore are often made with lots of additives, preservatives and other unhealthy ingredients.

That being said, boulangeries are far from general bankruptcy as most French people stay very attached to their baker and its "savoir-faire."

The must-try items in a boulangerie: The traditional Baguette & Croissant

Do boulangeries exist outside of France?

The concept of boulangeries only exists in West European countries such as France, Spain and Italy. However, we can find establishments called bakeries or even coffee shops that specialize in the sale of bread and all kinds of pastries such as cookies, muffins, and other North American treats worldwide.

It is safe to say, though, that boulangeries are one of a kind and will always remain a tremendous French exception. Are you wondering how to find authentic boulangerie products in Canada? Check out our Best of France Label, which offers you a wide range of French bakeries without having to cross the Atlantic ocean!