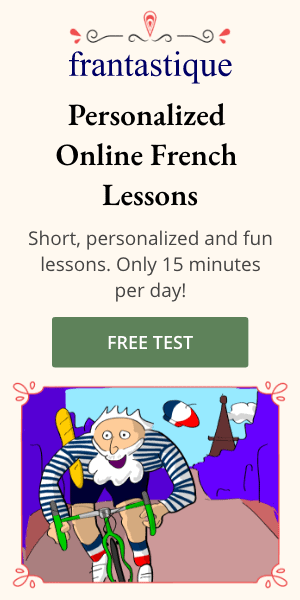 When one talks about the Loire valley, it is often understood as a geographical area rather than a specific province or department. The area essentially covers the famous Loire river and the valley in which it flows. The valley stretches across 2 French provinces; Centre-Val de Loire and Pays de la Loire, and across 4 departments; Loiret, Loir-et-Cher, Indre-et-Loire, and Maine-et-Loire. The major cities in the area include Orléans, Blois, Tours, and Angers. The region is most famous for its enormous and beautiful castles representing the country's history of kings. Few young French children grow up without hearing about the famous 'châteaux de la Loire.' If you have never heard about the castles of Chambord, Chenonceau or Amboise, then this article will tell you everything you need to know. If you have heard about them, learn why these monuments have been pivotal in French history.

‍The Loire river is the largest in France, with over 1.000 kilometres in length. It flows Northward from the Cévennes in the south of France until the city of Orleáns, where it takes a sharp turn left and continues flowing westward towards Nantes and into the Bay of Biscay (North Atlantic Ocean). We will take you on a boat ride along all the most famous castles of the region. Can you hear the captain's announcement? We have just passed the renowned city of Sancerre and are headed straight towards Orléans. Our journey starts at the Castle of Sully-sur-Loire.

Sully-sur-Loire: The castle for the King's ministers

The castle of Sully-Sur-Loire lies approximately 40 kilometres southeast of Orléans. Its keep, a castle's central tower, was built in 1395 for Guy de La Trémoïlle, the Lord of Sully. There were two objectives behind the construction of the keep. The first one was to guard and protect the nearby bridge that crosses the Loire river, and the second was to allow the Lord to organize big parties. The remaining parts were built a few decades later. Maximilien de Béthune, the Duke of Sully, bought the castle in 1602 and made significant improvements. The castle experienced damages and fires in the 19th and 20th centuries, partly due to the World Wars, and in 1962 it was sold by Loiret local Council from the Béthune-Sully family. You can visit the castle and its beautiful gardens all year long.

Now that we have visited the castle of Sully, we hop on the boat and float towards Orléans. It would take you only one hour and thirty minutes to reach Orléans from Paris. The city, directly at the south of France's capital, is often known for its history and its association with local hero Joan of Arc, known for chasing the English out of Orléans in 1429. One must-do in Orléans is visiting the famous Cathédrale Sainte-Croix, known for its impressive height and architecture. The beauty of the Parc Floral de la Source, with its countless flowers and plant species, will also amaze you.

After this enjoyable visit of Orléans, the captain calls us back on the boat, and we start navigating towards the southwest. After a little while on the water, you will see what we are looking for on your left. One of the most famous castles in France and the world; the Château de Chambord. A surprising anecdote about the castle is that any architecture and construction plans were either dispersed or destroyed in the 18th century, leaving us with very little information about who designed the castle and what inspired it. The castle in the movie Beauty and the Beast was inspired by the château de Chambord. This castle was constructed from 1519 until 1547, it is the largest in the Loire Valley, and it displays typical architecture from the French Renaissance. The castle was commissioned by the King of France François I.

On our way to the castle of Chaumont-sur-Loire, we pass by the city of Blois, where we visit the Musée des Beaux-Arts in the Royal castle of Blois and walk through the city's old town. The castle of Chaumont-sur-Loire is a few kilometres southwest of the city of Blois. This castle was built in the year 1000 to protect the border between Blois and Anjou. The fortress was completely burned to the ground in 1465 by Louis XI but rebuilt a few years later. It was owned by the Bloise family for centuries, and the famous Catherine de Medici lived there from 1550 until 1560. Catherine de Medici was the queen consort of France from 1547 until 1559, by marrying King Henry II. Today, the castle is owned by the region and has been considered a Public Establishment of Cultural Cooperation (EPCC) since January 2008.

Time to get back on the boat and continue our journey along the Loire River. Which castle has been your favourite so far? Let's see if the coming ones will surpass your expectations. The castle of Amboise is located right next to the Loire River. It was home to French Kings such as Charles VIII, Louis XII or François I during the Renaissance period. It is in the chapel situated in the castle's garden that no other person than Leonardo Da Vinci is buried. Da Vinci lived in the château du Clos Lucé, near the château d'Amboise, where he worked on scientific research for King François I. The castle's architecture is also inspired by the Renaissance and gothic styles. As we visit the castle, we will see a 3D reconstruction of how the castle looked like in the past. This was made possible by the analysis of recently collected scientific data.

Ladies and gentlemen, it is now time to hop on the tour bus because we are headed to a castle that is a little further than the Loire River. Have you ever heard about the castle of Chenonceau? There are a few notable things about this spectacular castle. First of all, the castle's history is marked by a quasi-total succession of only women. The first part of the castle was built in the 12th century, of which only the dungeon remains today. The castle as it looks today was built between 1513 and 1517 by Thomas Bohier but primarily by his wife, Catherine Briçonnet. Secondly, the Château de Chenonceau was converted into a military hospital from 1914 until 1918 during World War I. A local senator and owner of Chenonceau at the time, Gaston Menier, offered the Ministry of War to set up a military hospital in his castle, which he would entirely pay for. Menier is considered a national hero and was awarded the title of 'Officier de la Légion d'honneur.' Research has shown that after the Palais de Versailles, the castle of Chenonceau is the most visited in France.

If you have already been there or thinking about it, visit our shop to buy one of our great castle puzzles.

We have already visited five castles. Let's get back on the bus and head towards the boat. Before boarding the boat, let's first take a look at the city of Tours. Similarly, as with other cities in the region, the cathedral and the Musée des Beaux-Arts are places that you have to visit. Here are three fun facts about Tours, the French government was based there between 1870 and 1940, it is known as the Garden of France for all its many beautiful parks, and Tours has been identified as the city of France where the most 'standard' version of French is spoken. Now that we have improved our French, visited the gardens and discovered the cathedral, we will hop back on the boat and continue navigating Westward towards the Chateau de Villandry. As well as gorgeous architecture, the castle of Villandry is primarily known for its gardens. This castle was the last one built of all the Loire Castles and was not home to Kings or their Courtesans, but instead to Jean Le Breton, Minister of Finance for François I. Le Breton also supervised the construction of the Château de Chambord. Famous personalities that inhabited the Chateau include the Marquis de Castellane, Joachim Carvallo, and Jérôme Bonaparte, brother of emperor Napoléon Bonaparte.

For the first time since the beginning of the journey, we will now look to the other side of the river, to our right, to see the majestic Château de Langeais. This castle's history has a few common points with the castle of Chaumont-sur-Loire. It also has its origins traced to the year 1000 and to protect borders between the territory of Anjou and Blois during the battle between the two regions. Initially, the fortress was built by the Count of Anjou, Foulques Nerra, although it experienced destructions and reconstructions in 1465 and was ordered by Louis XI. The castle as it looks today was the one reconstructed by the King. The remaining stone from Nerra's construction is one of the oldest recorded keep-stones to date. In 1904, Jacques Siegfried, businessman and art lover, donated the castle that had belonged to him for two decades to the Institut de France, which is still its owner today.

We are almost reaching the end of our tour. Back to the left side of the Loire River, take a look at the final castle we will be visiting today, the Château d'Ussé. This castle is the only castle in the entire Loire valley that is still privately owned by a family that has lived there for more than two centuries. The castle was initially built during the Middle Ages but was renovated in the Renaissance period, which explains its combinations of architecture. François-René de Chateaubriand, a famous French author and politician, often spent time at the castle and offered the hosts Lebanese cedars that can still be seen on the property today. Chateaubriand was one of the most famous French romanticists, alongside author Victor Hugo. The castle became a place of residence in the 17th century with many ties to the French Kings. The castle is also known to have inspired the castle in Sleeping Beauty.

It is now time to hop back on the boat for a final trip to the city of Angers. Over there, you will have to take a look at the Cathédrale d'Angers, the Musée des Beaux-Arts and the Castle of Angers. Yes, we know; there are castles everywhere in the Loire Valley. Angers is also very famous for its architecture, so make sure to stroll around the city to discover what it has to offer.